Halong Bay: is one of Mother Earth’s most amazing natural wonders and one of Vietnam’s most prized treasures. A comfortable 3 hours drive from Hanoi, Halong Bay is in Northeastern Vietnam on the shores of the Gulf of Tonkin

Ha Long Bay: Located in the Northern Vietnam province of Quang Ninh, Halong bay covers an area of 1553 km² in the Gulf of Tonkin. Disseminated throughout the site are some 1969 islands, most of them uninhabited, making for a total land area of 562 km².
Two wide channels, in the East and in the West, up to 24 m deep, are usually seen as the bay’s gateways. The central part on the other hand is mostly shallow, depths averaging only 2 m.
UNESCO recognised Halong bay as a World Heritage Site in 1994 and 2000. The total area since then protected spreads on 434 km² and includes 788 islets.
Halong bay (Vinh Ha Long in Vietnamese), means the “bay of the descending Dragon”. Many legends surround the formation of Halong bay, most involving the afore-mentioned mythical animal. The most widespread story tells how a dragon, sent by the Emperor of Jade to support the Viet people fighting against the foreign invaders, helped push away the attackers and in the process, spat jewels that landed in the sea and formed the karst landscape. The Dragon, followed by her children, then decided to settle there and descended to the bay. Mother Dragon made Ha Long Bay her home while her children settled in Bai Tu Long, their tails whipping on the beaches of Long Vi.
From a geological perspective, the site’s particularities go back millions of years ago, when it was only deep sea. 340 million years ago, the sea slowly became shallower and 26 million years ago, the area became plain land, only to be inundated again about two million years ago. Combined with tectonic activity, a tropical climate and the presence of thick limestone, these regressions and transgressions of sea water shaped the karstic scenery we are given to contemplate today.
Halong bay is of significant interest in terms of bio-diversity. Land and aquatic ecosystems that have developed in the bay include various plant species. They all have high biological capacity and are home to several different creatures, some of them rare and/or nowhere else to be found in the world.
Halong bay is also historically important for Vietnam as home of a specific ancient Vietnamese culture as well as a few national heroes.
Archaeological sites have led researchers to talk about a specific Ha Long culture dating back to about 5000 years ago, however, the area was already inhabited before that. Soi Nhu culture (18000 to 17000 years ago) and Cai Beo culture (7000 to 5000 years ago) are more or less regarded as pre-Ha Long cultures. Relics found in scattered archaeological sites reveal an already advanced stage of marine adaptation and exploitation by these communities, combined with a livelihood of hunting and picking.
Ha Long culture refers to the communities that have been affected from consecutive sea water transgressions between 6000 and 3000 years ago. At the latest stages, what used to be plain land became islands, forcing the populations to make the marine world their own and an integral part of their ways of living.
Today, more than 1600 people live in the World Heritage Area of Halong bay in floating houses within four villages: Cửa Vạn, Ba Hang, Cống Tàu and Vông Viêng.

Visiting Halong Bay: The World Heritage-listed seascape of Halong Bay, dotted with jagged limestone pinnacles, is one of Vietnam’s biggest attractions. It draws more than 10 million visitors a year, the vast majority aboard day and overnight cruises. The multitude of trips on offer can be overwhelming: here’s the skinny on Halong Bay to get you started.


Halong Bay is a mythical site just waiting to be explored. Get ready to adventure this natural wonder with the hottest deals from Halong Bay Cruises: 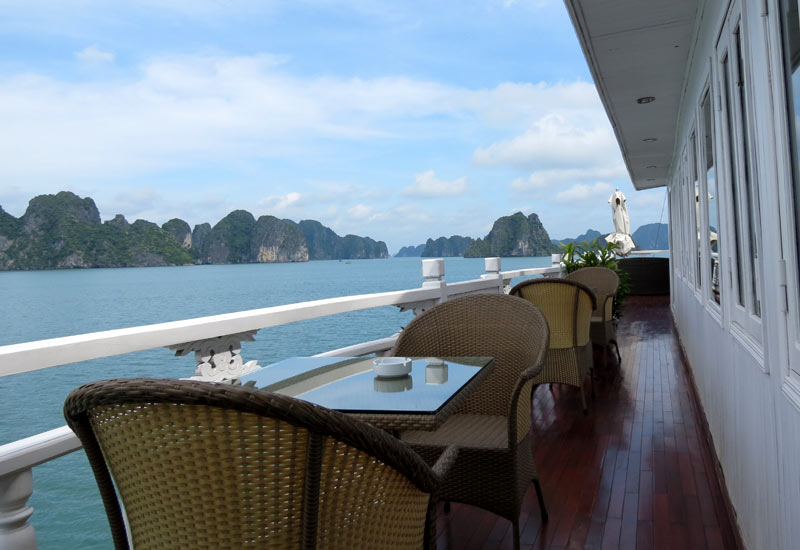 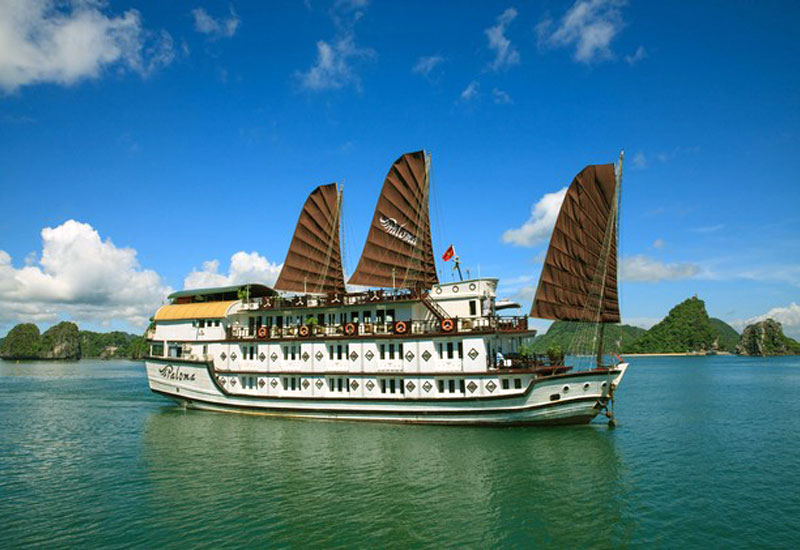 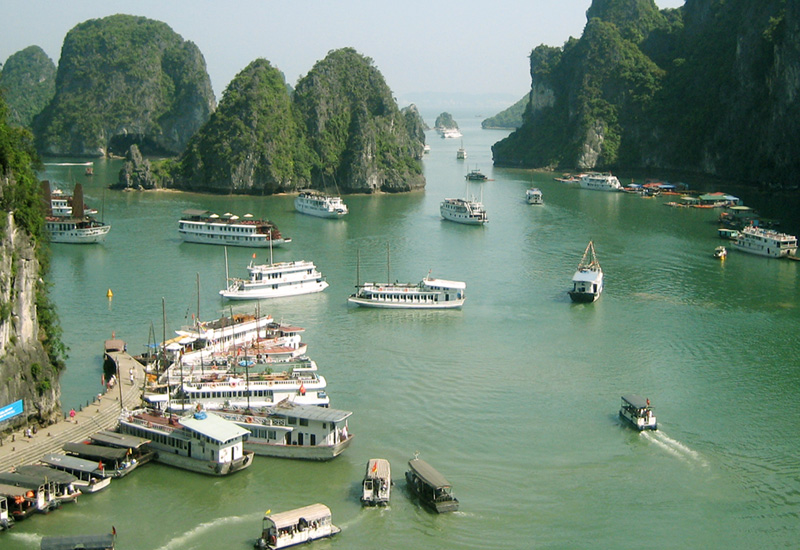 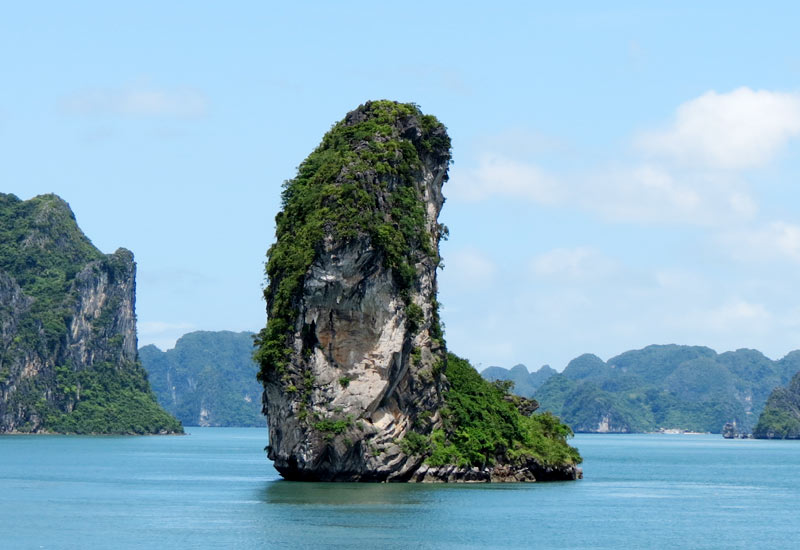 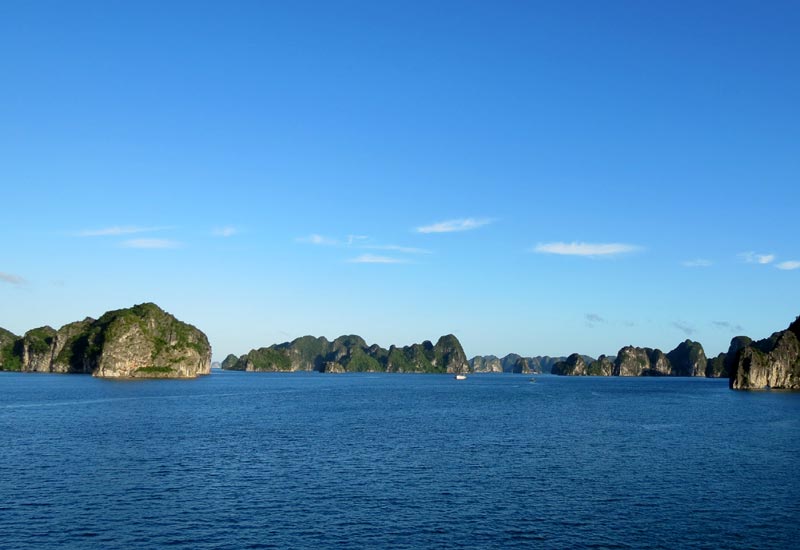 Halong Bay
What to Do
Cruise Tips & Advice
Halong weather
Attractions
Halong caves
What to Eat
Halong beaches
When To Travel
How to Get there
Halong islands
Halong islets
Floating villages
Halong bay maps
Why book with us?
Best price guaranteed 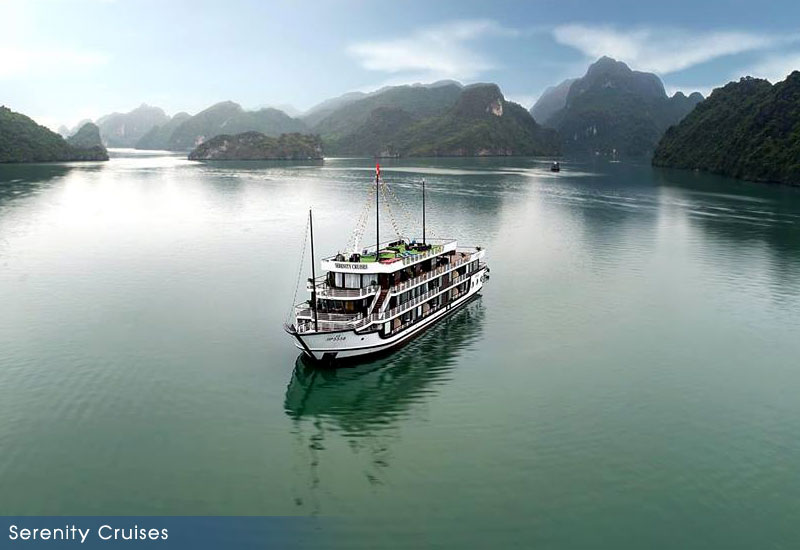 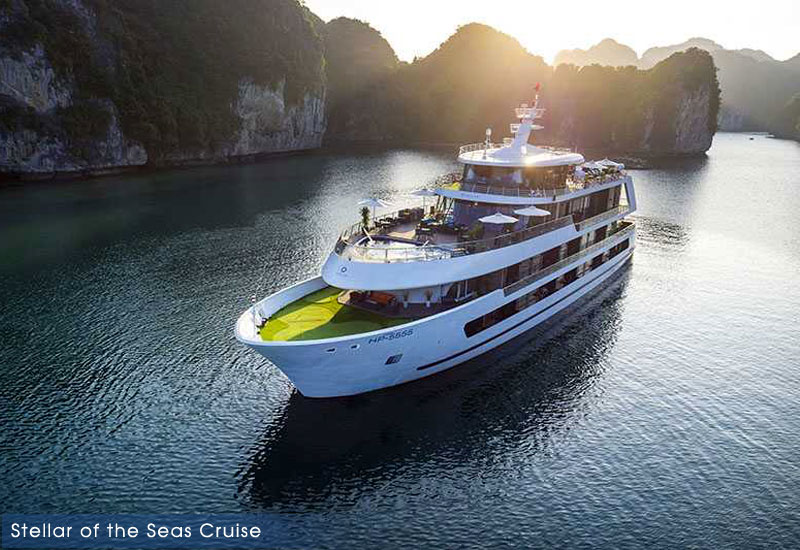 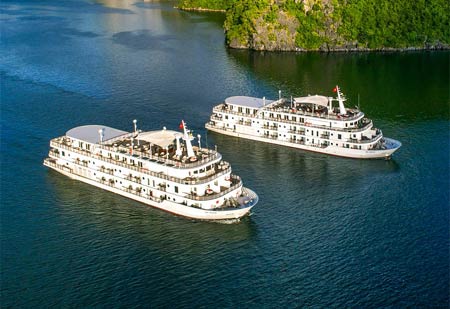 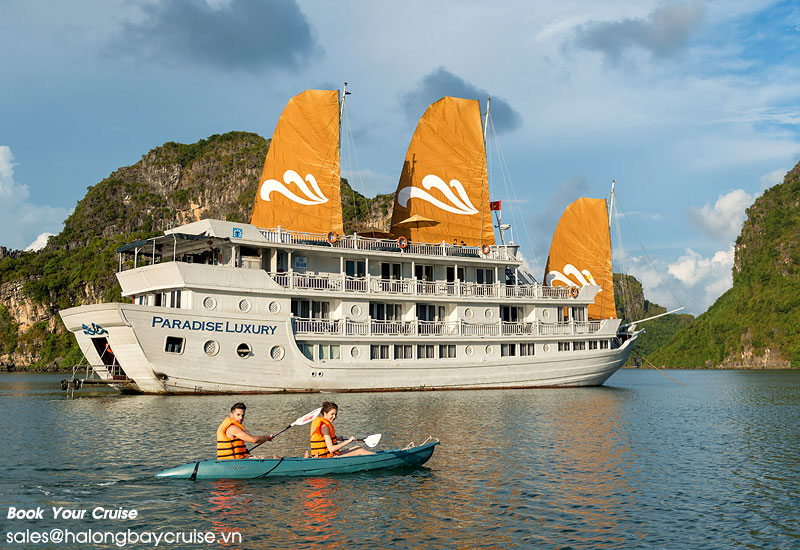 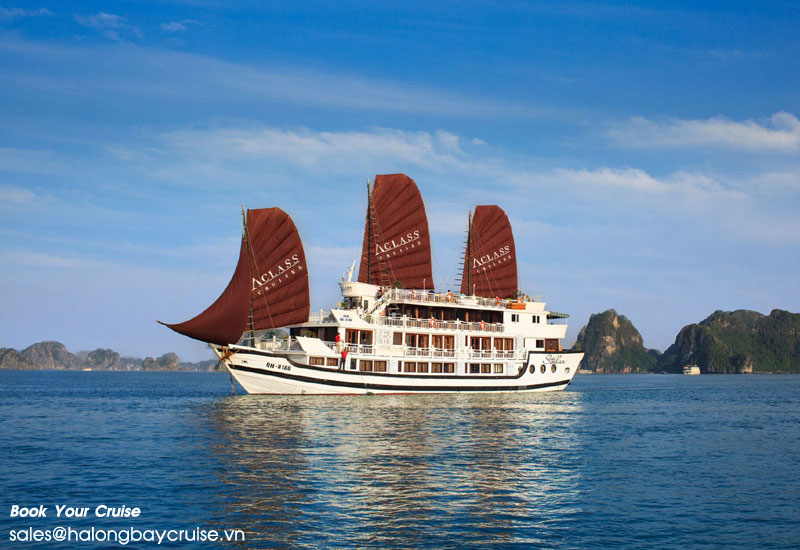 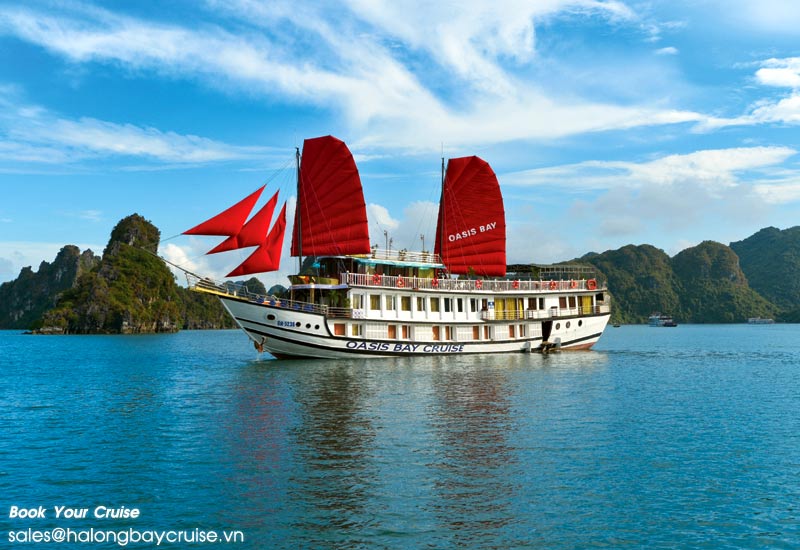 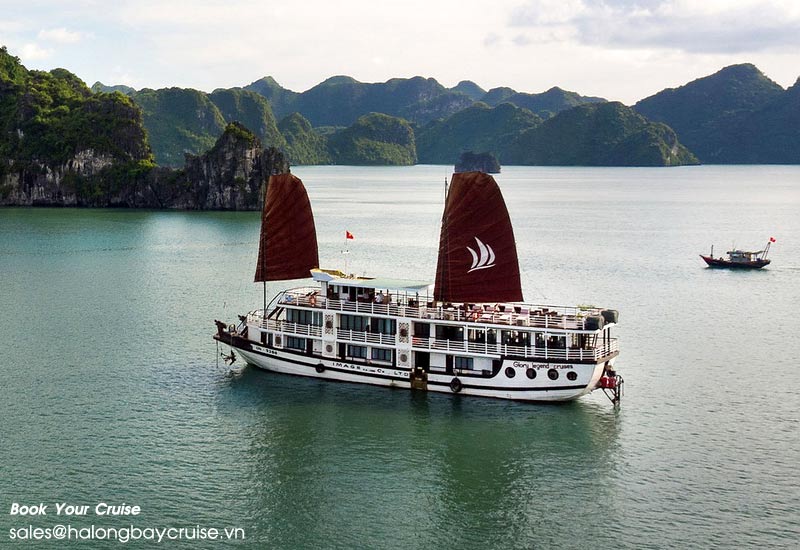 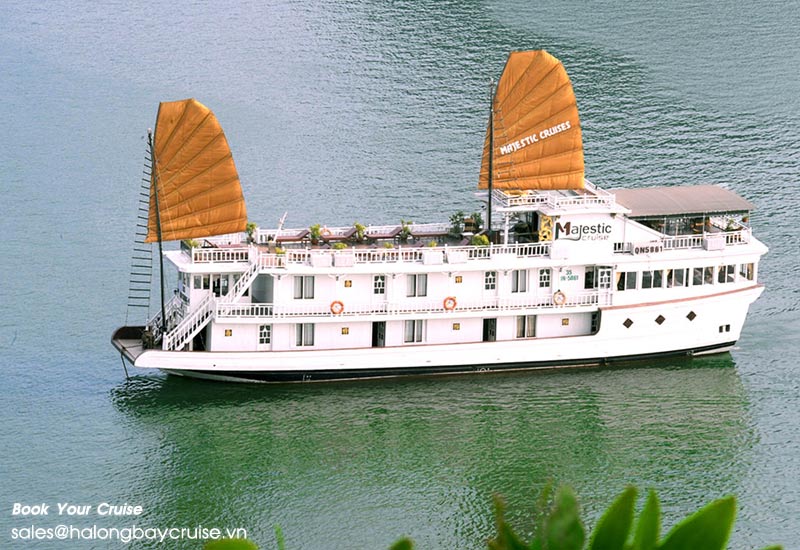